Home > News Information > Qingli News > Under the epidemic, what you see is a crisis, but others can see an opportunity

Under the epidemic, what you see is a crisis, but others can see an opportunity

“my country is a big manufacturing country. Central China, represented by Hubei, and surrounding provinces gather a number of characteristic manufacturing clusters. Affected by the epidemic, the manufacturing industry is facing many challenges such as labor shortages, weak demand, and shrinking trade.”

1. The impact of the epidemic on the manufacturing industry

The labor shortage has seriously affected the overall development of the manufacturing industry. Affected by the isolation and the national policy of delaying the start of construction, enterprises generally face problems such as labor shortage and difficulty in resuming work. For example, the Foxconn factory has postponed all production activities, which is expected to cause Apple’s iPhone shipments to drop by about 10% in the first quarter of 2020. Shanghai Volkswagen announced that 3,500 employees will be working from home for two weeks and will be suspended until February 10. At the same time, in Suzhou, Wuxi and other places, a large number of entrepreneurs have already settled in factories but no workers are employed, and the production of enterprises has been stagnant.

Weak offline consumer demand significantly affected key consumer goods sectors. Affected by the epidemic, the whole society has seen limited activities of residents and the isolation of key groups, which directly led to weak offline consumption and severely hit the sales of key consumer goods. Among them, the industry whose sales model is mainly based on offline experience will be more affected. For example, Wal-Mart’s 430 stores in China are mainly supplied by domestic factories, and upstream companies will be hit hard as sales are hampered. On the contrary, industries that are less dependent on offline experience requirements will be less affected. The Strategy Analytics report pointed out that due to the impact of the epidemic, China’s smartphone shipments will decrease by 5% than expected, and China’s smartphone market shipments will decline by more than 30% in the first quarter of this year.

Shrinking trade poses challenges for export-oriented industries. Export-oriented manufacturing enterprises are greatly affected by the number of foreign orders. The epidemic has affected the good start brought about by the end of the Sino-US trade war. The recovery of production capacity of export-oriented enterprises has been hindered, and labor, demand and other reasons have jointly led to a contraction in trade. For example, Hyundai Motor has suspended all production lines in South Korea, including the Ulsan, Jeonju, and Asan factories, and auto parts trade has fallen sharply. At the same time, the beef bone meal imported from New Zealand by Sichuan Xinhe Company has been stranded in Qingdao Port for 12 days, causing the factory to stagnate and at the same time facing the risk of continuing to pay the demurrage fee after the 14-day container-free period.

The decline in downstream sales has caused a chain reaction in the supply chain, hitting upstream SMEs hard. The sales decline caused by the shrinking of key consumer goods and export-oriented economy and trade has led to a decline in the sales of a large number of upstream companies in the supply chain of such products, causing a chain reaction. blow. For example, more than 30 factories of Nature Home Furnishing have been suspended, and more than 5,000 of its franchised stores are also suspended; affected by the downturn in the clothing industry and insufficient production capacity, the turnover of bridge buttons, which occupy 40% of the national market share, is expected to decline. 20%-30%; Mysteel statistics show that the total inventory of 22 construction steel companies in a southern province reached 1.375 million tons, an increase of nearly 40% compared with the first week after the Spring Festival in 2019.

Abnormal fluctuations in production affect the sustainable and healthy development of the manufacturing industry. Factors such as insufficient labor, weak demand, shrinking trade, and chain reactions will combine to cause abnormal fluctuations in manufacturing production. According to IHS Markit, the equipment utilization rate of domestic panel factories in China will drop by 10-15% in February. At the same time, medical supplies, medicine and other industries have been positively stimulated. For example, SAIC-GM-Wuling, Foxconn, BYD and other companies have opened production lines for medical supplies such as masks. The potential production capacity of masks in my country is about 20 million per day, and the current start-up volume is about 50%. The new production capacity lacks strong support from dynamic models and is being deployed on a large scale in various ways.

Supply chain disruptions increase the uncertainty of future export trade. The rupture of the supply chain will lead to a decline in the supply capacity of my country’s manufacturing industry and affect downstream product transactions. At the same time, it will also stimulate the return of manufacturing in developed countries, weakening or replacing the advantages of my country’s manufacturing supply chain. For example, in early January, Bosch Group issued an early warning against my country’s manufacturing industry, saying that it has 23 factories in China and is highly dependent on Chinese production. The epidemic may lead to the risk of rupture of its global supply chain; Sharp Corporation stated at the press conference that if the epidemic situation As the impact continues to intensify, we will consider transferring production operations originally located in China to other countries and regions. US Secretary of Commerce Wilbur Ross stated in a Fox TV interview that “this epidemic will help manufacturing return to the United States.”

The tight capital chain has become an uncertain factor for the subsequent development of the company. Large-scale shutdowns will not only cause idle labor, but also increase labor costs and debt service burdens for companies. For example, Rifeng Group has a total of 4,500 employees. Although production has not started, it still needs to pay nearly 20 million yuan in security costs every month. Insufficient production capacity increases the risk of default, which directly leads to the failure of the order to be completed on time, and the enterprise faces the risk of default. For example, Yixinyuan wool industry has an annual export order of more than 30 million yuan. If the start of construction is delayed for too long, it is still unknown whether the order will be completed on time.

In addition, the epidemic will also reduce the liquidity of monetary funds at the social level, resulting in a significant decline in the GDP of various production factors. Cash flow is tight, supply chain transmission

Other reasons will in turn have a greater impact on the real economy, increasing corporate losses, unemployment, etc.

The above related influences are transferred from the author: Institute of Informatization and Industrialization Integration, China Academy of Information and Communications Technology

“Under the epidemic, what you see is a crisis, but others can see the opportunities behind.”

2. Thinking under the influence of the epidemic 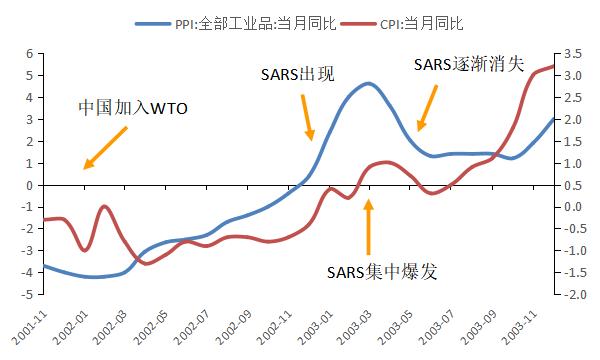 Everything has two sides. From another point of view, it is also a good time to completely shuffle and optimize the economic structure of the whole society.

Once the cash flow of some companies with “underlying diseases” is tight, they will use lower prices in the market to obtain cash flow, and some even take orders below the cost price, just to survive. The phenomenon has also hurt the market before, so the company that has fallen this time is not wronged!

Everything has two sides.

On the other hand, the surviving companies can at least say that before the epidemic, the company’s cash flow was sufficient, and the business model was healthy and reasonable. For them, to survive the “black swan” brought about by the epidemic is With a bigger, healthier market, companies may have more room to grow than they did before the pandemic.

So don’t panic, you should see bigger opportunities, stick to the company’s business model and product structure, be prepared, and believe that we will live better after the epidemic.

You may need to worry that after the epidemic is over, normal production will resume, and there will be greater market opportunities, but your own production will not be able to keep up!

During the epidemic prevention and control period, we did not fall behind, but after the epidemic, we fell behind our peers.

How many people can be around January 20, in the early stage of the outbreak, my country’s masks will be in short supply?

“The bigger opportunity is definitely for the prepared”

Therefore, it is very necessary to make production plans in advance, and to maintain and reserve production-related equipment! 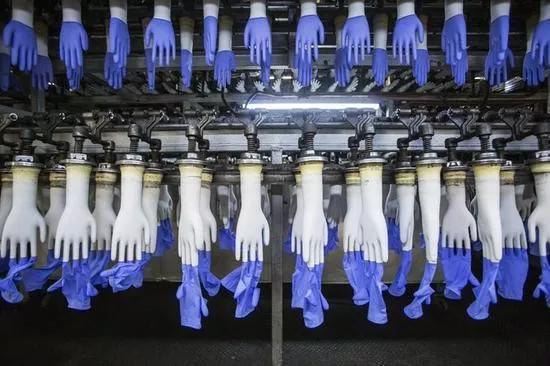 For manufacturing companies, resuming production is a top priority.

For production, the stable operation of equipment is the top priority. The long-term shutdown of manufacturing enterprises affected by the epidemic, as well as the recent nationwide cold wave, will cause damage to equipment, resulting in normal resumption of work and production due to equipment reasons. production progress.

Therefore, it is necessary to overhaul and spare equipment before resuming production! 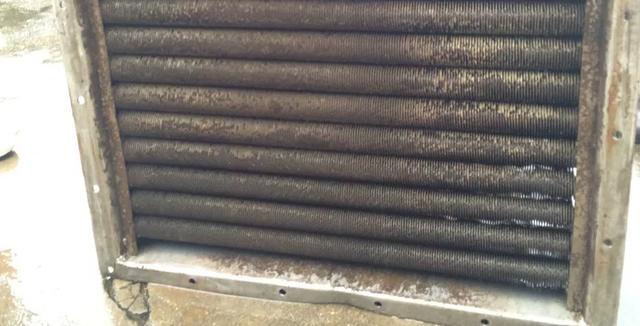 For replacement, or planning ahead for backup, Guangzhou Qingli provides a complete set of solutions!

At present, we have fully resumed work, and now we have sufficient materials and personnel, and online selection software. If you need to overhaul and replace, backup plans, or new projects, please consult at any time:

For companies that produce materials related to epidemic prevention, or manufacturers supplying these related companies that need heat exchangers, Guangzhou Qingli will definitely give full support, and the construction period is guaranteed to be completed within 7 days.

Prve： Qingli Dry Goods | The principle of air preheater, the national leader in energy conservation and emission reduction
Next： Wonderful review of the exhibition | Guangzhou Qingli at the 2020 Asia Hot Expo